Ansley Park, developed in the early 1900s by railroad magnate Edwin P. Ansley, while George W. Adair, Jr. and Forrest Adair marketed the lots as an alternative to fashionable Inman Park. The 275-acre neighborhood was largely completed by 1930. Here you’ll find homes designed by some of Atlanta’s most prominent yesteryear architects including Neil Reid, Phillip Shutze, and Leila Ross Wilburn.
With Edwin Ansley's former residence serving as the governor's mansion before it moved north to its current location, the neighborhood was Atlanta’s first designed with the automobile in mind. Despite the change coming represented by this new means of transport, Ansley Park managed to retain its link to the natural world through more than its share of green space...something usually equated with European communities where green space is central, rather than included as an after-thought. Salon Ruff, a student of Frederick Law Olmsted, is responsible for the careful blend of housing and the natural aesthetic championed at the time.
Strolling through Ansley Park you’ll see home styles of every decade and design. From Colonial and Neo-Classical, to Prairie to Ultra-Contemporary. Of special interest are the original European influences homes built in an Italian Renaissance or Queen Anne Revival-style. Ansley Park manages to retain its charm as the times change. In 1979 Ansley Park was designated a historic district and listed on the National Register of Historic Places.
Ansley Park is home to the Ansley Golf Club. Opened in 1912, this “Top 5” Sport Illustrated ranked golf course features nine-hole golf course in the shadow of Midtown’s skyline. In addition, members of the Ansley Park Golf Club enjoy tennis, aquatics programs (including the state champion Sharks swim team), fitness center, and full catering and events facilities.
Located just east of Midtown and west of Piedmont Park, Ansley Park residents enjoy wide, winding roads and extensive landscaping rather than the grid pattern typical of older streetcar suburbs. Streets were planned like parkways, while Winn Park and McClatchy Park are themselves long and narrow, extending deep into the neighborhood and are only steps away. Piedmont Park is an immense green space also serving as a popular venue for a multitude of cultural festivals, including the Atlanta Dogwood Festival, the annual Atlanta Arts Festival, Festival Peachtree Latino, Music Midtown, the Peachtree Music Festival and Atlanta Pride.
Ansley Park residents also enjoy close proximity to entertainment options for every taste including the historic Fox Theatre, the Woodruff Arts Center, the Atlanta Botanical Garden, the High Museum of Art, the Atlanta Ballet, the Atlanta Symphony Orchestra, the Laughing Skull Lounge Comedy Club and the Center for Puppetry Arts. 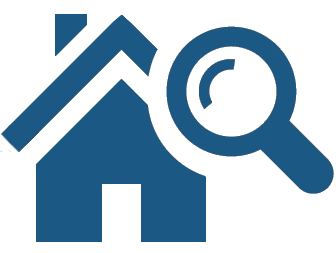 To continue searching, you must agree to the Terms of Use.

For the best experience, please provide your cell phone number and select accept below to opt-in to our Terms & Conditions and Privacy Policy to begin receiving text and voice communications.

or make a new notebook

Search the full MLS and Exclusive Property Listings.
(Prices and inventory current as of October 23, 2021)

Have a house to sell?

Find Out How Much Your Home Is Worth (optional)

We just need your phone number to finish creating your account.